Source: The Sabbath of the Great Silence or… my father’s faith and my mother’s suffering (c. 1607) 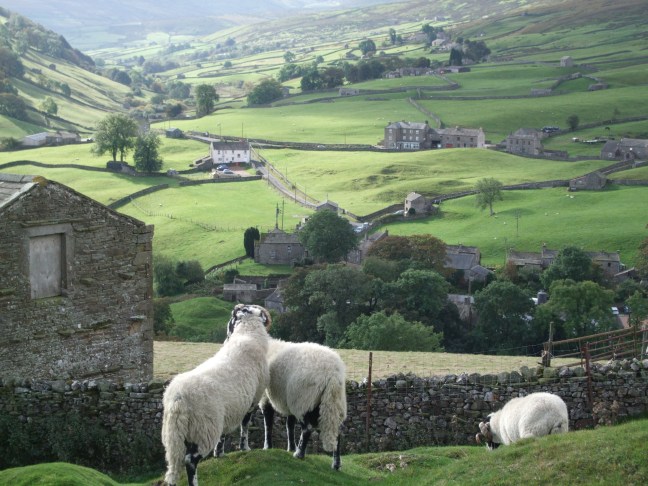 I will break there again for a moment or two, if only to permit myself an opportunity for reflection. For that was how I must have been raised even though I never knew the logic of it. But there comes a time when even the dearest things are taken from us: careful father; tender mother. I did know that I was brought up amongst beliefs that many others considered strange but I had never previously known from whence they came. And those views had been accepted tacitly by my mother.

When she had died – or, rather, simply dropped through exhaustion – he had dug a pit not too far from the door of the house and laid her in it. He would not permit me to help at all; every droplet of sweat expended in the task had to be his own. It was a ritual to which he adhered but also one which he would also have absolutely denied. At the same time he ceased to talk about their history. Indeed, it is near enough true to say that he ceased to talk altogether. He became more solitary and, if it were still possible, he became more silent still. He ceased to write and enforced the strictest of silences upon me too. Physically, I actually saw a little more of his face for he ceased to bury it in the furthest corner, quill to his thumb, the majority of the eventide. All work on translations and such matters simply ceased in one moment as he switched his attention wholly to the farm. Indeed, in part, I was not sure that he did not blame her death on his translation work and having allowed her to do more than her fair share on the farm – more ‘men’s work’ than she (or any other woman) should ever have taken on. These silences were not even punctuated by his receipt of letters (from Doughty, Towne, Taylor). …Oh, he read them all …but he said nothing. He did his best to show absolutely no emotion whatsoever either. Sometimes I could see that he was moved but he insisted on stifling speech. He concentrated on labouring all day and I learned to fend for myself quickly – simply because I had to. I thought nothing untoward of it either. Why should I have done?

Often I was curious as to the contents of the chest but whenever he caught my eyes falling upon it, he glared, almost menacingly, his eyes not speaking to me in the manner one might have expected a father’s to his daughter. So I learned not to within his presence.

He was not like others, he did not fall ill and need to be cared for. Simply, he worked himself to the bone, just as she had done before him, and dropped one day, tending to sheep up on the fell with Eve. He went from perfect health to perfect death in one. I did not even notice his absence at first but when he had not returned by nightfall and the long, Northern night of winter lingered until dawn, then I had known it was time to search for him for light snows were already falling; flurrying in the air, far from moist, biting at Flesh like flies. It would have been foolish of me to have set off any earlier before the dawn. The first thirty minutes or so of fell beneath my feet I knew well enough without any requirement for light. Light or darkness; it did not matter much to me for there was enough familiarity in it for security! But beyond that, one might easily slip and fall: even the breaking of an ankle up there can be fatal. And worse things still can happen there too. Therefore I was constrained in my departure. As it happened, it would have made absolutely no material difference anyway.

For I found him perfectly dead, of course, but also looking perfectly at ease, laying on the hillside, his flock well away from him but guarded by the bitch, a light dusting upon both of them as the shivers set in even on the latter. She barked upon seeing me but she did not move, held her ground absolutely unflinchingly, and it was clear that she had made no attempt to return home. That had been the moment, no doubt, when back at Grindleton, a ratchet had clicked from one position to another in the mill movement – always there, always measured, always counted down – struck its moment, that final second seemingly just fractionally longer than any previous and yet still so utterly unavoidable. I could see that he had shattered the ice in an adjacent trough but the surface had frozen over again for the night had been its usual, unforgiving self up there. I now realise that I never really knew him until I read his book. They had been living a life that was quite exceptional and I had breathed it every day as my natural air. Some seed must have found its way to my heart in childhood through my parents. And, without them, it has now started to breathe anew within me.