The Doctrine of Election, the Signs and the Means on the English Radical Fringe, 1560 – 1660

Please note: this essay can be downloaded in PDF format in the DOWNLOADS section.

The Doctrine of Election is not an easy concept to understand today. There was nothing unusual about it at the time. Nearly all groupings shared the belief in an ‘Elect’ segment of the population and the many articles citing particular individuals as critical links on the road to Universalism frequently overstate their case.

Furthermore, Puritan Pietism and Antinomianism might seem to occupy opposing spaces. Brierley in ‘On Christian Libertie’ evidently did not see things like this even after a decade at the heart of the debate. When the Puritan mainstream minister, Oliver Heywood commented on Coore, Aiglin and Daniel Towne’s activities, he described them as Antinomians ‘on the extreme of Calvinism’. [Daniel Towne was believed to have conformed in due course but fresh evidence suggests that this may have been nothing more than a surface conformity.] The language here is difficult, for Calvinism and Puritanism were far from interchangeable terms (the latter usually self-defining as ‘the godly’) and Tyacke has demonstrated that English society was far more Calvinistic in its thinking than previously assessed.

For Puritanism Election was a critical concept. The godly inhabited a world they saw as only partly transformed to Protestantism and viewed society as apostate. In this period, by and large, they were part of the same Church as everybody else and the manner in which they were to set themselves apart was a troublesome one to their consciences. They obsessed over whether they were amongst the pre-determined Elect or the Reprobate. In spite of this, even worrying about that might be a sure sign that they were too short on humility to be amongst the Elect.

For Pietist Puritans, the ‘signs’ were only there because the ‘Fruits of the Saints’ would yield up clues to their Election. As William Perkins argued, religious certainty flowed jointly from the Spirit’s inward testimony and the signs of the regenerate life. It was the ‘mustard seed’ from troubled Puritan consciences. Perkins’ logic was that more signs would lead to calmer consciences; the ‘sweete and assured comfort for all those that are afflicted in conscience or troubled in minde’ as Richard Greenham called it. A whole industry of ‘books of the signs’ followed from no end of Puritan Divines: Byfield, Cleaver & Dod, Downame. Brierley (‘On Christian Libertie’) notes that he had a copy of Richard Rogers’ Practice of Christianity (footnoted in Collyer’s text as such) for seven years. Although the Seven Treatises was published in 1603, the abbreviated version with the Practice of Christianity title was not published until 1618 – the year of Rogers’ death – so Brierley’s poem could not have been written before 1625. 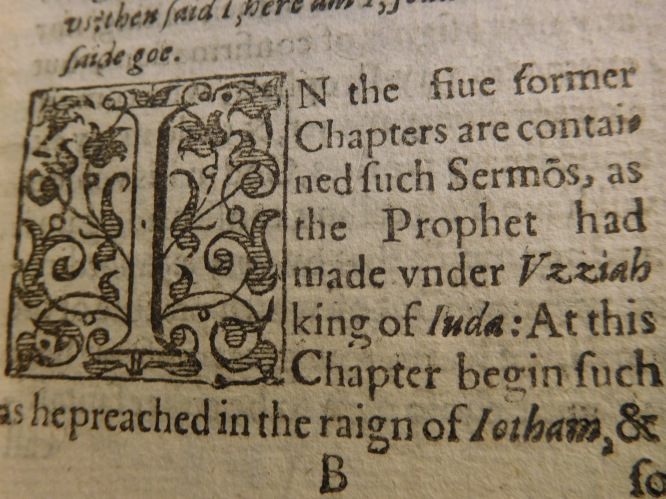 William Perkins’ works outsold those of Calvin in England during Perkins’ lifetime. They continued to be published and sold after his death. This is a posthumous publication of ‘A treatise on the dignitie and dutie of the ministrie’.

Byfield’s, ‘The Spirituall Touch’ – confusingly, a.k.a. ‘The Signes of a Godly Man’ (1619) – suggested that there might be as many as forty distinct signs of assurance. However, one of the foremost amongst them was the commitment to predestinarian theology. Nothing was down to ‘chance’. Indeed, the very concept had effectively been abolished. Thomas Cooper: “That which we call fortune is nothing but the hand of God, working by causes and for causes that we know not. Chance or fortune are gods devised by men and made by our ignorance of the true, almighty and everlasting God.” – ‘Certaine Sermons’ (1580). Shaw’s ancestor, Bishop Pilkington, had said much the same. The position was quite unlike that which had predominated the course of the Middle Ages from Boethius to Dante where Jehovah and Fortuna had co-existed.

So, it is important to realise that within the English Calvinist conception, the direction of causality was clear: Election led to signs, not the other way around. Pietism’s slightly antagonistic twin, Antinomianism, shared exactly the same root.